Visit a fish market with an expert, learn to cook all fish with only 4 techniques. LEARN MORE

This course is an investment that could potentially add years to your life. LEARN MORE

The new premium all around the world is to make more of your own food. LEARN MORE

Fall in love with the most iconic wines from the Italian south. LEARN MORE

Our Week-long Course in Lecce

Yoga in the baron’s castle in Puglia. Study wine. Learn to make our local pasta from scratch. LEARN MORE

What’s more Southern Italian than everyone pitching in to make the annual tomato sauce? LEARN MORE

The Celebration of San Martino

All cultures have autumnal festivals that celebrate the end of the harvests: Here in Puglia, ours lasts a week. LEARN MORE

Olive You: The Week of Our Extra Virgin

Extra virgin olive oil continues to astound the International medical community, as one of the healthiest foods on the planet. LEARN MORE

The Jewish Cooking of Southern Italy

Jews have been in Italy 1,200 years longer than Yiddish has even been a language. So, why then, is so little known about Italian Jews? LEARN MORE

There is a way of eating that has been proven to keep you alive longer than any other. You’ll barely remember that though. LEARN MORE

Bicycle-based holidays tended to be about logistics-unpacking and repacking only to unpack again, fumbling for the light switches. LEARN MORE 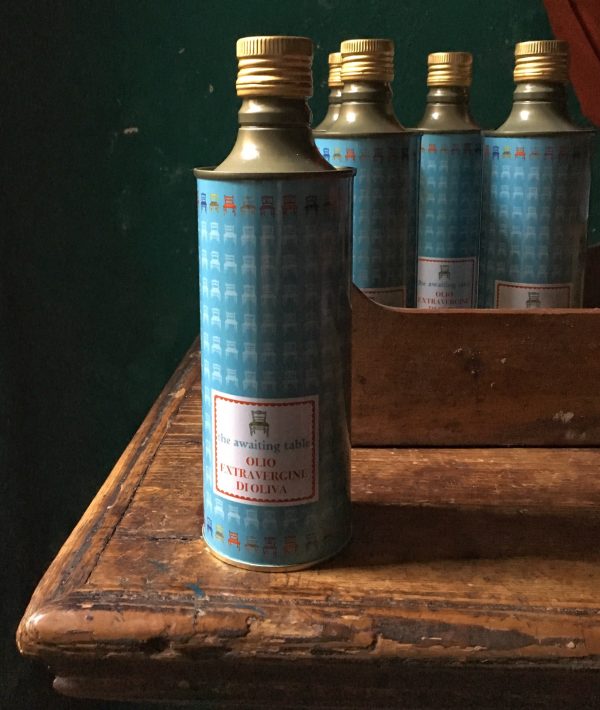 Silvestro Silvestori, the owner, founder and director of The Awaiting Table Cookery School, Lecce, Italy has been teaching the food and wine of Puglia and particular- Italy’s Salentine peninsula since 2003. In addition to his knowledge of Pugliese food and culture, Silvestro is a nationally-certified sommelier in Italy, and a staff writer for Wine & Spirits magazine, covering all their Southern Italian food and wine content. He has also appeared on American, Australian, Belgian, British, Chinese, Dutch and Italian television, and Italy’s most respected newspaper called him, ‘A national treasure’, and ‘THE anthropologist of the traditional cuisine of the Salento’ for his work in preservation and promotion of Salentine’s food and wine.​